Home > Antibiotice – a Made in Romania company, awarded by BVB

Antibiotice – a Made in Romania company, awarded by BVB

The Antibiotice Company was awarded today, by the Bucharest Stock Exchange, during the Made in Romania Gala, the 5th edition. The Made in Romania project designated the 15 most successful Romanian entrepreneurial stories, among which is the story about tradition, performance and evolution that Antibiotice has been writing, without interruption, since 1955. 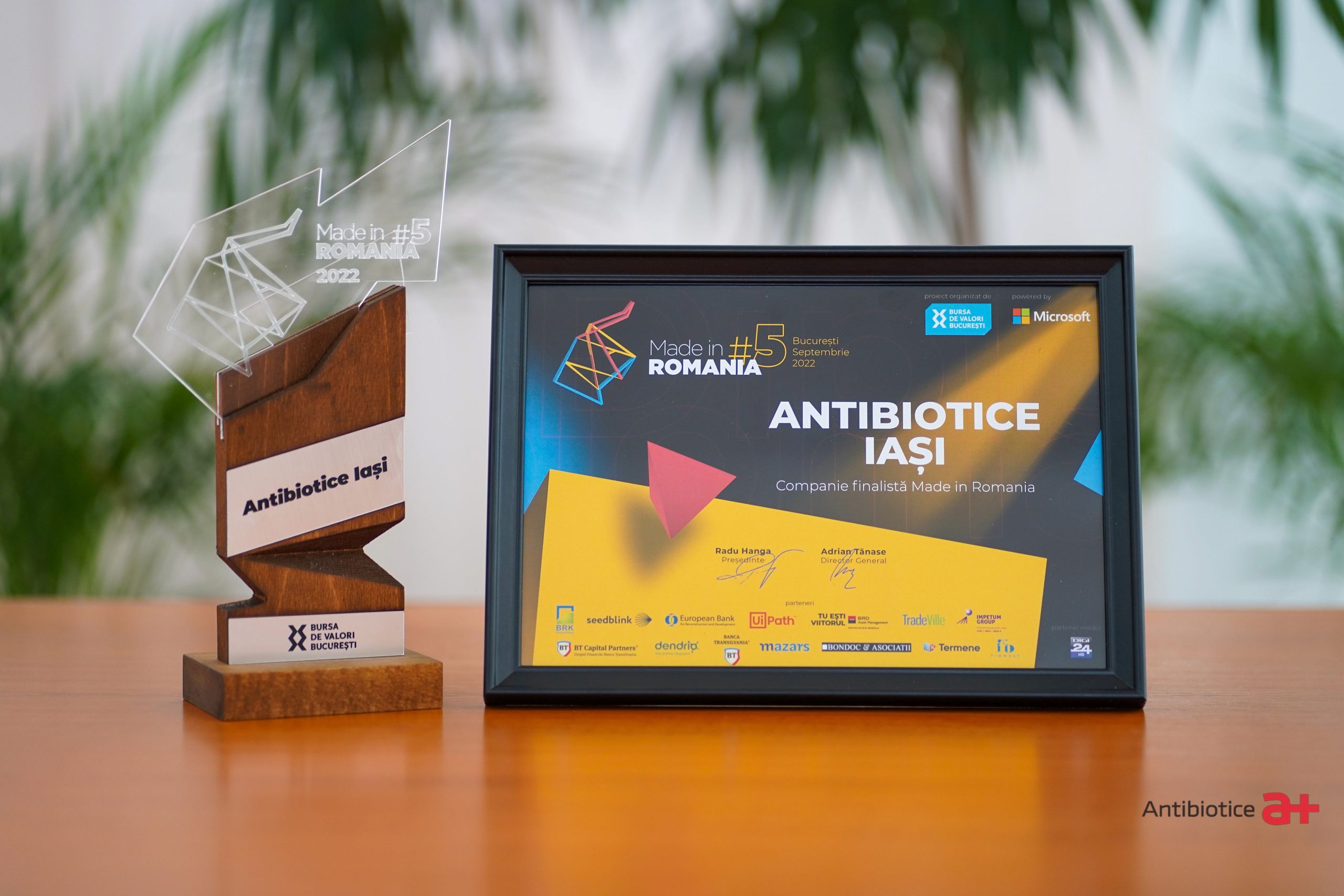 Launched by the Bucharest Stock Exchange in 2017, the Made in Romania project aims to identify and promote top Romanian companies.

The www.investingromania.com platform was the host of this competition in which 350 companies from fields such as IT&C, trade, services, manufacturing, health, construction and agriculture were nominated. From these, a jury made up of experts in various fields of the economy selected 50 semi-finalist companies, based on performance criteria or innovation and development prospects. In the end, only 15 companies were named winners today at the Made in Romania Gala.

Compania Antibiotice is one of the 15 award-winning Romanian brands, one that tells a 67-year success story. In all these years, the ability to see beyond the horizon line and the determination of the more than 10,000 people who have worked over time at Antibiotice, as well as the investments in research, development and modernization, have made this company endure and develop, and today to become the largest Romanian producer of generic drugs, but also a true ambassador of Romania abroad.

With the mission of making valuable medicines accessible as a means of health care, Antibiotice has assumed a responsible and sustainable business model, both for current and future generations, and the award obtained within the Made in Romania project is a confirmation of the important role of the company in the Romanian economy.